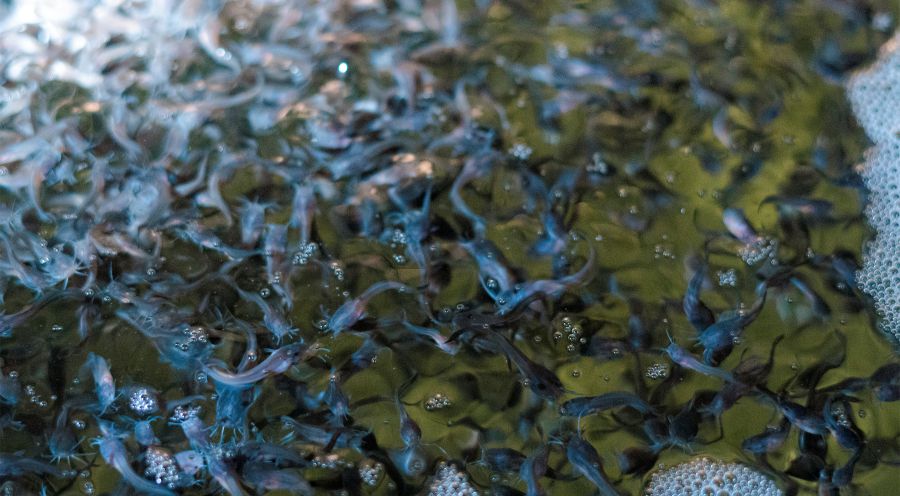 Setting Up a Catfish Hatchery in Nigeria

A catfish hatchery is a farm where the artificial hatching of catfish eggs is carried out. These eggs that are hatched via artificial means are nurtured and managed until they mature into fingerlings which are usually between 6-8 weeks old. Fries, fingerlings, or juveniles are the products that are gotten from a hatchery. For any type of fish farming, fingerlings are very essential to the farmer as without them there is no stock for their fish farm. Hence, hatcheries are an important aspect of fish farming, and the state of the fish farming market in Nigeria has also affected the fish hatchery business as it is also a lucrative aspect because these booming fish farms depend on the hatcheries to be functional.

To essentially set up a catfish hatchery, these are some steps to consider;

Selecting a site for the location of your hatchery is one of the most important steps as this contributes very much to the operation of your farm. The site should be close to a water source such as a borehole, etc.  To avoid death while transporting them for sale, your hatchery should be located close to a fish farm so that they can be easily relocated into their new habitat. Ensure the water flowing into your hatchery is not polluted because polluted water is harmful to fish.

You will require the appropriate equipment for your hatchery to function properly. You would have to get the necessary hatchery equipment such as incubator, scale, syringe, bowls, spawning net, blade/scissors, etc., for your farm.

To obtain maximum yield and have a successful catfish hatchery, you would need to have the appropriate equipment for the job. Below are some of the important equipment that you would need;

The fish incubator is used to maintain the fertilized catfish eggs in water until they are hatched to fries. The incubator allows for the circulation of freshwater over the eggs and this enables them to develop with a proper supply of oxygen. This is where the eggs are hatched.

The scale is used for weighing the fish intended to be used for hatching if they meet the required weight or size. This is done to know the catfish that tend to hold more matured eggs. The eggs that are stripped from the fish are also weighed. This helps to know the number of fries that you should be expecting.

Milt sac (sperm) is usually gotten from the male broodstock and it is mixed with the eggs gotten from the female broodstock using a saline solution. The saline solution aids the fertility of the milt sac by helping to keep the sperm alive when it is being mixed with the eggs, and it also increases the ease with which the milt douses the stripped eggs.

After the female catfish has been injected with the ovulating agent, it is isolated in a big bowl and left for some hours before being stripped of the eggs. The bowl is also used for the mixture of the milt sac, saline solution, and eggs.

When you want to inject the fish with the ovulating agent, use a moist towel to cover its head. Doing this helps the fish to be calm during the injection process. Also, when you are ready to strip the eggs from the fish, after bringing it out of the water, you should wipe it using a dry towel and then cover its head again using a moist towel.

The eggs are spread on the spawning net which is placed over the incubator. If the egg hatches, it will fall through the net and into the incubator while it remains on the net if it doesn’t hatch.

After identifying the broodstock for fertilization, you can then begin production. There are some steps involved in the production process;

Hatcheries supply fish farms with fingerlings which they need to be able to produce matured catfish for sale which makes them very important to the catfish farming business. Knowing about this level of importance, if you wish to begin a catfish hatchery, getting it right cannot be overstressed and at Indigoafrica we have professionals that can set up a standard commercial hatchery with our state of the art agricultural machinery.